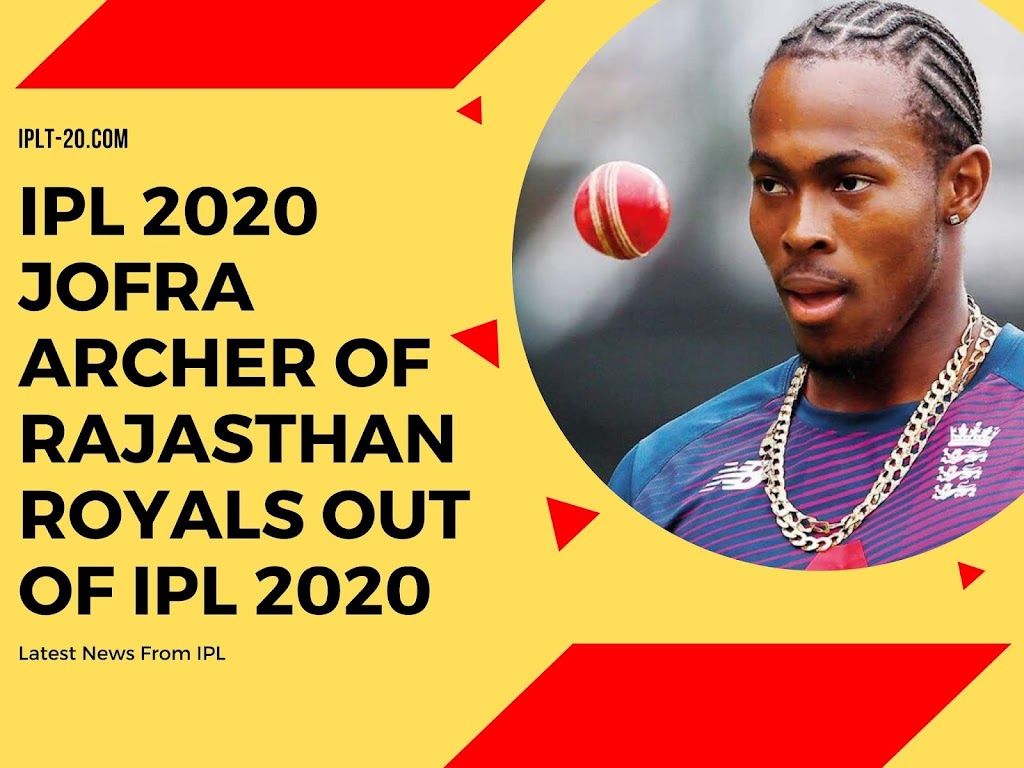 The Indian Premier League starts on 29 March. Rajasthan Royals have received a major setback for the 13th season of this IPL. England’s pacer Jofra Archer has been ruled out of the IPL 2020 due to a right elbow injury. Not only this, but Archer is also out of the Sri Lanka tour for England. Archer suffered from an elbow injury during the recent South Africa tour of England. Now the investigation has revealed that there is a fracture in the elbow, due to which he will stay away from cricket for about three months. He did not play in the second and third Test on the tour of South Africa, after which he was dropped from the team for the fourth Test. Returning to England from South Africa, he underwent a scan of the injury, which confirmed the fracture. Interestingly, Jofra Archer bowled the highest 400 overs for England in the year 2019. While Archer bowled 400.5 overs, in second place, the current Stuart Broad bowled 367.4 overs. Ben Stokes bowled 336.2, Chris Woakes 299.4, Moeen Ali 231.2, Sam Karen 201.5 and Adil Rashid 201.5 overs.
Putting more overs could be the reason for Joffra’s injury.
Jofra Archer achieved a big place in England’s team with his deadly bowling in a very short time. Especially in the Ashes series, he bowled tremendously. Australian batsman Steve Smith was also injured on his ball. Even in the ICC World Cup 2019, Archer was instrumental in making England the world champion. However, England team management has been criticized since the beginning that more bowling is being done than Joffra Archer. In such a situation, it is believed that due to more cricket, Archer will have to stay away from the field due to injury for three months.

List Of 5 Decision By BCCI In IPL Governing Council For IPL 2020!