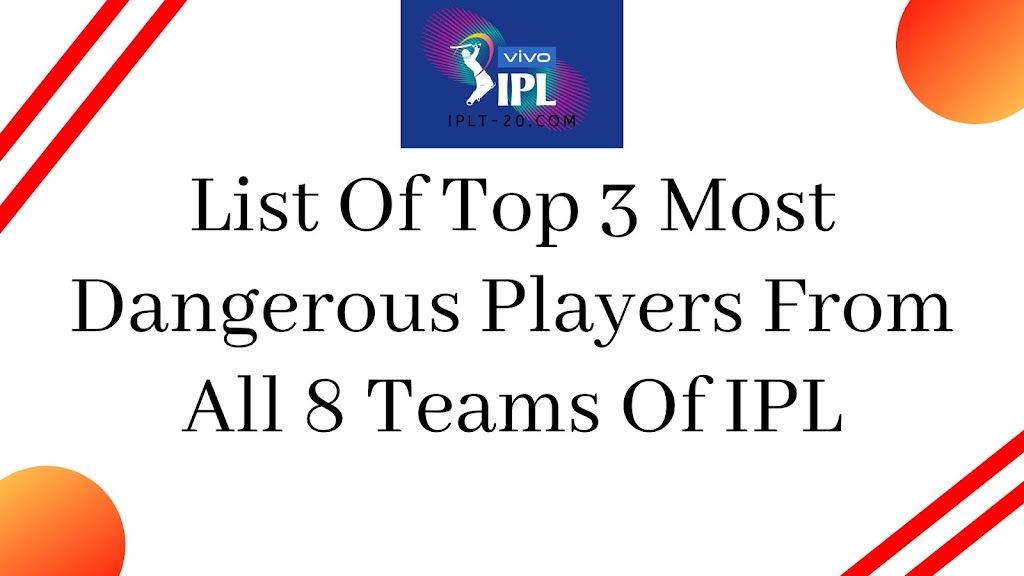 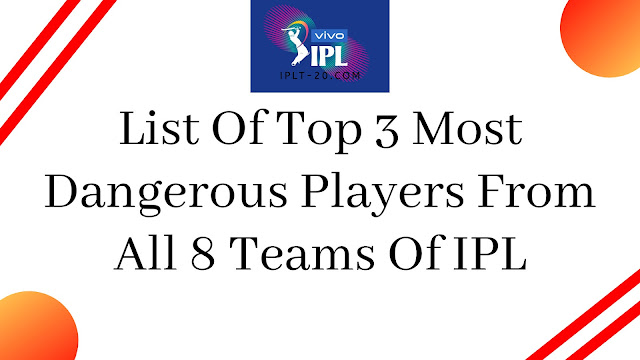 3 most dangerous players of Mumbai Indians

Rohit Sharma – Rohit Sharma is the most dangerous player of the Mumbai Indians team. Rohit is a very big international T-20 player. So there is no doubt that Mumbai is the most dangerous team.
Jaspreet Bumrah – The performance of Jasprit Bumrah’s IPL in the last three years has always been tremendous. There is no Indian bowler faster than him in the IPL T20 League. Therefore, it automatically ranks second in this list and will reverse the match with its bowling.
Quinton de Kock – Quinton de Kock’s performance in the last year has been very dangerous, so we have placed him at number three on this list. Quinton de Kock is a tremendous South African batsman and he is also the Mumbai Indians opener.
So these were the three most dangerous players of Mumbai Indians who can change the game at any time.

3 most dangerous players of Sunrisers Hyderabad

David Warner – Talking about the most dangerous player in the IPL, the first person to be named is Opening Batsman of Australia David Warner.
He is a very experienced player and his way of playing is very unique, so he is an expert in reversing the match, without any doubt, the first of the dangerous players of Sunrisers Hyderabad is named David Warner.
Kane Williamson – Kane Williamson is such a player, his form is very good on the Indian pitch. He is a spin player, his blooming experience is also good, so he is one of the most dangerous players in Hyderabad and his position is second in this list.
Khalil Ahmed – Khalil Ahmed is a left-arm medium-fast bowler and we have seen his bowling performance in last year’s IPL2019. Although he has not played so many international matches, his bowling base is very good and he is one of the most dangerous players of Hyderabad this year.

Virat Kohli – In addition to being the Indian captain, he is also the captain of RCB. And we know how dangerous a player he is.
AB de Villiers – AB de Villiers is the player who makes a shower of runs as soon as he comes on the field. De Villiers is a good experienced player as well as a good finisher. They can change the match to win RCB.
Navdeep Saini – Navdeep Saini is a new player, that is, he has placed him at number three in this list due to his performance of last year. He made his international debut in August 2019 but his performance in ODI was very dangerous. He took 5 wickets in 3 ODI matches.

3 most dangerous players of Delhi Capitals

Shreyas Iyer – Shreyas Iyer will be the captain of Delhi capitals this year and also a dangerous player. Because he is a player who plays very differently. Shreyas Iyer is one of the players who play for the team, his batting way is very good. Therefore, he is number one in the most dangerous player in Delhi Capitals.
Kagiso Rabada – Kagiso Rabada is a South African fast bowler and last year his performance was very amazing and he missed out on taking the Purple Cap. But this year, he can also take the purple cap, the way he bowls is very dangerous for the Indian batsman. So this is the second most dangerous player in Delhi Capitals.
Rishabh Pant – Rishabh Pant’s form is going very well now. However, his performance last year was not very good. Rishabh Pant is such a player who gives good strength to the team when he plays well. Because he played well in every match, the team scores well in the match. Which will help Delhi Capitals a lot.

K. L. Rahul – K. L. Rahul is currently in his prime form. A better form cannot be for Rahul and he will use it in IPL as well. K. L. Rahul is also captaining Kings XI Punjab this year and is also the most dangerous player.
Mohammed Shami – The speed bowling of Mohammed Shami is going on. The kind of line and length is being torn, it can bring destruction in this year’s IPL, Mohammad Shami. Muhammed Shami bowled very well in last year’s IPL2019 as well.
Chris Gayle – Chris Gayle may have grown old even if it was his last IPL season. But Chris Gayle is coming in the IPL, then he becomes a dangerous player automatically. Because even if 4 or 5 matches are run by Chris Gayle, then Chris Gayle can reverse the match.

3 most dangerous players of Rajasthan Royals

Ben Stokes – As an all-rounder, batting or bowling in any format means that he does not win the match. We also saw this last year. That is why Ben Stokes will be the most dangerous Rajasthan Royals.
Jofra Archer – Jofra Archer has emerged as a very big bowler of “limited-overs cricket“. Especially in test cricket is also big but in limited over cricket he has proved himself in 2019. Therefore, he is going to be the second most dangerous player in Rajasthan.
Jos Butler – Jos Butler will open the innings because last year’s performance was very amazing. Jos Butler will prove to be very dangerous especially in Rajasthan and Jaipur. Constant runs are scored and he does not crop in a spin. Hence the third most dangerous player of Rajasthan Royals, Jos Butler.

Andre Russell – We will not talk more about Andre Russell like Rohit and Virat do not. Because he is also a player of that level. he will run and finish the match in his own way. And Andre Russell would be the most dangerous player.
Tom Banton – Tom Banton is playing his first season in IPL. If he gets a chance, he will create a disaster in this year’s IPL2020. The second most dangerous player will be Tom Banton.
Pat Cummins – Kolkata Knight Riders (KKR) has bought Pat Cummins for 15.50 crores. Pat Cummins has to get down to use. The seasons of Pat Cummins has been good. He has also bowled a lot in international cricket.
So this is the “List Of Top 3 Most Dangerous Players From All 8 Teams Of IPL“.
Hope You All Like it…