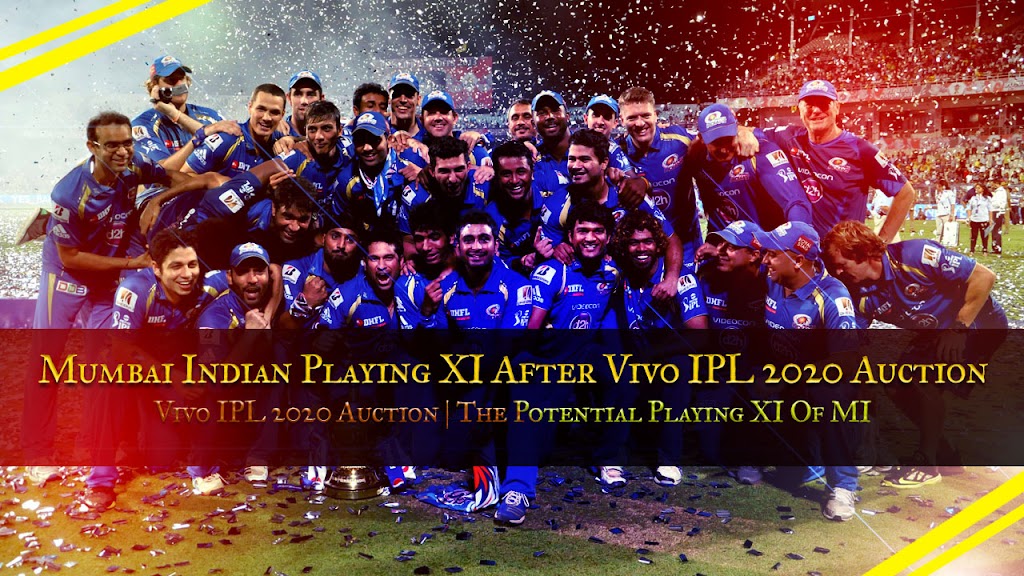 The Indian Premier League (IPL 2020) defending champion Mumbai Indians has emerged as the strongest and balanced team in the auction this time. In this year’s IPL Auction 2020, he bought Chris Lynn for explosive batting and has added Nathan Coulter Nile to his team as a backup Pacer. This time under Rohit Sharma’s captaincy, the team will attempt its fifth title for IPL Trophy. Under the captaincy of Rohit Sharma, Mumbai Indians are the only team to capture the IPL title 4 times. Mumbai Indians became champions of IPL in 2013, 2015, 2017 and 2019.
Mumbai Indians bought Saurabh Tiwari (50 lakh), Mosin Khan (20 lakh) and Digvijay Deshmukh (20 lakh) in the IPL auction 2020. The Mumbai Indians also expressed their confidence in the young pace bowlers. He has also included all-rounder Prince Balwant in his team. In the IPL 2020 season, Mumbai Indians can take off with this strong playing XI.