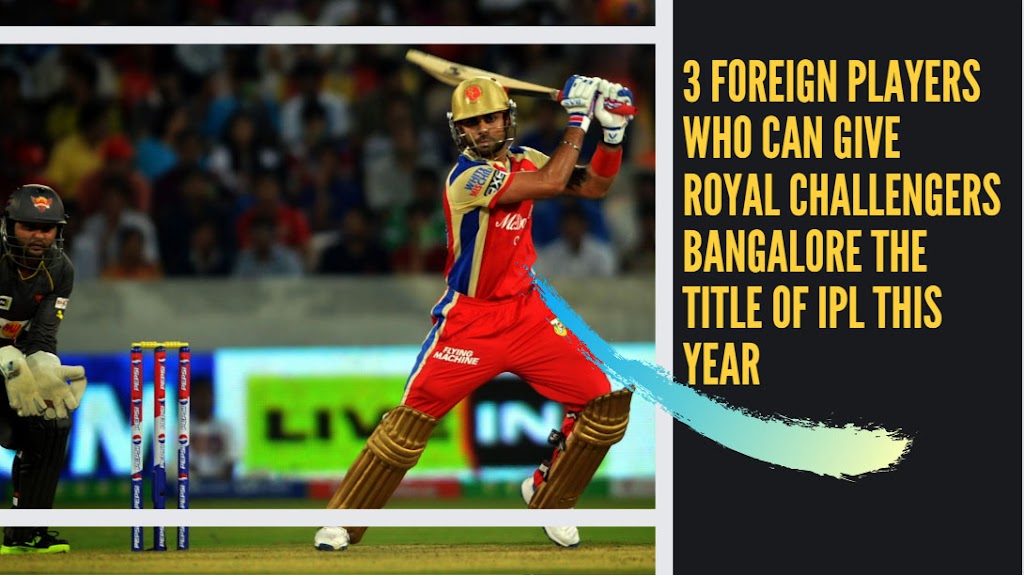 The new season of IPL, season 13 is going to start from 29 March 2020. This year’s IPL is going to be very colorful because this year the Vivo IPL 2020 has undergone many changes compared to last year. We got to see a lot in the IPL Auction this year. In this IPL auction, many new players were sold in good bids. But it is certain that all teams are very strong in this year’s IPL, especially if we talk about RCB, this year their batting and bowling lineup is very good. RCB can change its history in this time of IPL because this time their batting and bowling lineup is very good from the first IPL seasons. Royal Challengers Bangalore have a poor IPL history. Bangalore’s strength has been their explosive batting but their bowling is a weak link. Bangalore could not win the trophy despite having big players like Virat Kohli, AB de Villiers, and Chris Gayle.

Bangalore was part of the IPL finals of 2009, 2011 and 2016 but had to face defeat. Royal Challengers Bangalore were at the bottom of the IPL 2019 mark table. Bangalore have lost many matches due to their bowlers.

Apart from Yuzvendra Chahal, the team had no bowler who could take wickets under difficult conditions. Due to this, he could not save the target of more than 200. Well, forgetting the previous season, Bangalore is set to perform well this time. Bangalore has 3 great foreign players for IPL 2020 who can play a significant role this time.

So the first name comes from Australia opener Aaron Finch who is a part of Royal Challengers Bangalore in this year’s IPL 2020. Bangalore bought him for 4.4 crores during the auction. He is one of the best openers of T20 cricket.

Aaron Finch has played 75 matches in IPL so far with 1737 runs in his name. The performance of this player has been spectacular for some time. He recently scored 162 runs in the ODI series between India and Australia.

During this time, an excellent century was also seen with his bat. Royal Challengers Bangalore would like their performance to continue in the next season of IPL as well. Finch would like to give his team a good start.

So at number two is the name of RCB’s finest bowler “Chris Morris”, who is an all-rounder from South Africa. Chris Morris got the team involved in this year’s IPL auction by Bangalore during the auction at a huge cost of 10 crores. He can play big shots in the final overs along with fast bowling which means he is also a good finisher of RCB. He took 13 wickets in 9 matches for Delhi Capitals in the last IPL season. His performance will be worth watching in this IPL.

Bangalore has relied on Chris Morris and would like Morris to perform well with both bat and ball. This foreign player can play an important role for his team this season.

So the third name in this list comes from AB de Villiers, 35, of South Africa who is a very good player and he has many fans in India. He has played all seasons of IPL. He is part of the Royal Challengers Bangalore team since 2011. De Villiers has done well in every season of IPL and the team would like to continue this form in IPL 2020. He is the most successful foreign player in the IPL. He has played 154 matches in IPL and has managed to score 4395 runs. This year his performance will be worth watching.